The imprisonment of the ‘Lucky Family’: How Chinese authorities detained and sentenced a whole birthday party

The imprisonment of the ‘Lucky Family’: How Chinese authorities detained and sentenced a whole birthday party 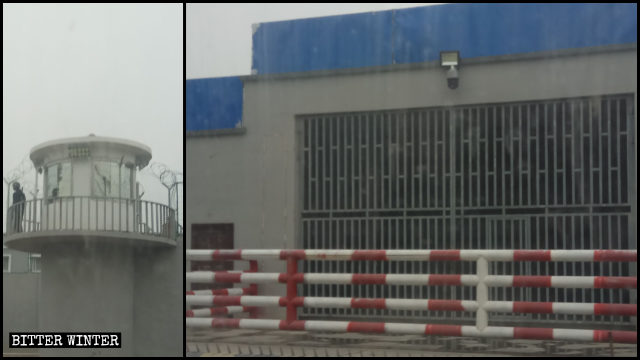 In January 2018, Nauryzbai Izbasar invited over a dozen of his childhood friends and their families to his daughter’s birthday party via a WeChat group called “Lucky Family”. The party, celebrated in a remote village in China’s Xinjiang region, was a happy occasion to meet and laugh. More than three years later, we can shed light on what went wrong in the aftermath of the event.

In fact, the 18 men at the party were arrested in the hours and days after the party. They later received prison sentences ranging from 15–23 years.

Information on the people imprisoned in Xinjiang for “propagating extremism” and “gathering a crowd to disturb public order” is difficult and slow to obtain. Personal accounts and word-of-mouth substitute public disclosure in this secretive, highly surveilled area.

The region is home to Uyghurs, Kazakhs and other mainly Muslim ethnic groups that, since 2017, have been targeted with increasingly brutal governmental policies, including forced labour, re-education camps, family separation and extensively heavy prison sentences for large segments of the minority populations.

Widely portrayed as ‘motherland separatists’ or simply ‘terrorists’ in mainstream Chinese discourse — including government statements and media — the Uyghurs, Kazakhs and other mainly Muslim ethnic groups have been deprived of their most basic human rights, including freedom of religion, of movement, or to transmit their native language.

The arrested are generally sent either to prison or to so-called ‘re-education camps’. However, according to observers, these camps are seemingly becoming more and more like prisons and should be defined as such.

In a written statement to Global Voices, Gene Bunin, a researcher focusing on the oppression of Muslims in western China, said:

Not everything can be lumped into ‘camps’, not only because most of these really seem to be closed or closing, but also because even in 2017 a good fraction of the detained wasn’t sent for study but simply to jail. Of course, it’s even more important to insist on this distinction now, since very many of the current victims are serving long prison sentences.

The targeted arrests and the humiliation

The birthday party took place in a small village in Chapchal County in Xinjiang, China.

According to several relatives of the detained living in Kazakhstan, a few months later, authorities in the village tricked all the detained mens’ parents into a building and didn’t let them come out. Meanwhile, the detained men were paraded in the streets for everyone else to see. Their hands and feet were shackled. Their names, ages and sentences were read out loud.

Aliya Beksultan, a 29-year-old ethnic Kazakh woman who grew up in the village, told Global Voices about those who were imprisoned through a phone interview.

I know all those people who got arrested, and they are all innocent, good people. They all used to live ordinary lives with their families, worked as taxi drivers, ran small businesses and so on.

Aliya described how pervasive the raid was for her childhood village.

All of this, the lengthy sentences and the public announcement of it, they did it to scare people. Our village is small with only around 200 families, so everyone knows each other.

Nauryzbai Izbasar, the party host, was 31 when he was arrested. He was also the local imam and was sentenced to 23 years in prison, his sister in Kazakhstan confirmed in a video.

Another man, Beken Erzhuma, was first sentenced to 15 years, but he has since refused to plead guilty and the judge added an additional four years to his sentence, according to Aliya Beksultan.

The wives of the detained men who were at the birthday party were immediately placed in so-called re-education camps. They were each kept in the camps for around seven months. Only two of the women were spared from this treatment due to pregnancy — one of them is Aliya’s sister-in-law.

From role model to criminal

Shattyq Daulet, also in his 30s, was diagnosed with leukaemia when he received his 19-year sentence. Several of his relatives outside China, as well as official documents, confirmed his arrest.

According to the official court documents he was accused of ‘inciting ethnic hatred, inciting ethnic discrimination, and gathering a crowd to disturb public order’.

In just a few months, Daulet made a swift journey from role model to criminal, in the eyes of the Chinese state. In 2017 local media published a portrait of him, describing Daulet as a self-made man, who rose from poverty to a successful mobile phone repair business.

He was awarded by the Communist Youth League Party Committee for being a role model in youth entrepreneurship.

Now, his condition is unknown in a prison in Kuytun, 280 kilometres northeast of Ili, the closest provincial capital to his village.

The rest of the 18 that were detained were later sentenced to 15 years, according to testimonies [opens PDF].

An inexplicable price to pay

Zhanatbek Beksultan, 32, is one of the unfortunate members of the chat group “Lucky Family” who is now serving a 15-year prison sentence for attending the party. His sister Aliya, who now resides in Kazakhstan, described how she learned about the birthday party raid.

I first heard rumors in springtime 2018 from people that had travelled from China to Kazakhstan, that 18 persons had been arrested at a birthday party in my home village. But it was not until October that I learned from my parents that my brother was actually one of them.

Through various communication channels and after several months, Aliya obtained the incarceration notice for her brother, stating that he was sentenced for ‘propagating extremism’ and ‘gathering a crowd to disturb public order’.

Because the host of the party was an imam, she believes that the authorities wrongfully interpreted the gathering to be religious.

Anecdotal evidence from several cases shows that since 2017, big gatherings are carefully scrutinized by the authorities. There are no clear, public laws about this, which contributes to the arbitrary implementation of the surveillance.

In a leaked police record database, such gatherings are shown to be monitored due to the potential “risk” that they pose to public order. The “Lucky Family” birthday party, which hosted more than 40 people, perfectly fit the description.

Still, Aliya continues to be bewildered that her brother can pay such a price just for going to a party.

My brother is just an ordinary man. He has two children and used to be a taxi driver along with some seasonal farm work. Now, my brother is allowed to talk to his family on the phone for three minutes every week. But they must only speak in Mandarin, which means he can not talk to my parents, because they don’t speak Chinese. Since the arrest, my parents have visited him just once in prison, and at that time his hands and feet were shackled.