Cultural appropriation of marginalised art and voices in South Asia 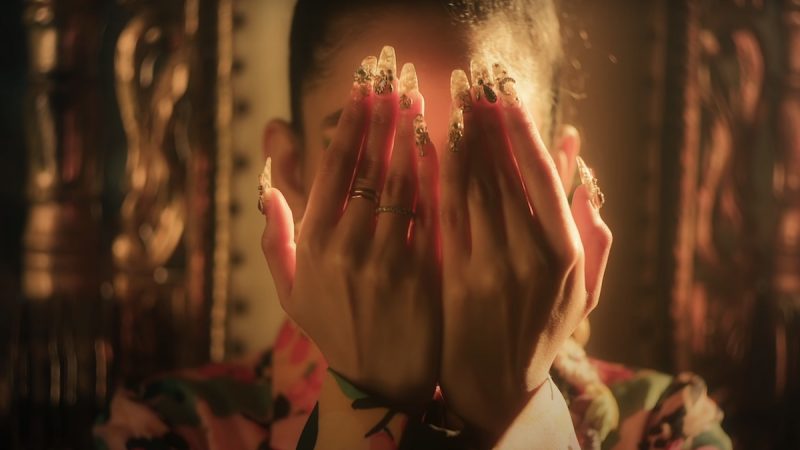 Screenshot from the music video “Enjoy Enjaami” by Dhee ft. Arivu via YouTube. Fair use.

In India, when a song reaches the radios that play in corner tea shops, it’s hit the masses. Enjoy Enjaami did just that. Conceived by a group of independent Tamil musicians (Arivu, and Dhee amongst others), the groovy song weaved together incendiary words, and incorporated hip hop elements of R&B and oppari, a folk music style from Tamil Nadu. Arivu also wrote the lyrics, which bring his trademark radical words layered with bold political commentary from the streets. They are inspired by events of colonial India, talking about civilizations and natural resources, and are a homage to Tamil culture and people. Arivu described the song as an evocative tribute to his grandmother Valliammal and their ancestors.

Valliammal and her family are descended from a large group of forgotten landless Tamil labourers who migrated to Sri Lanka in the 18th and 19th centuries in search of better livelihoods. They navigated oppression and disenfranchisement and retraced their steps to South India, only to be treated as outsiders there too. Arivu’s grandmother and others like her faced this head-on and survived, reclaiming joy and pride one middling day at a time.

This is the emotion, wisdom and soul that Arivu poignantly blends and celebrates. Sample these words:

I planted five trees… and nurtured a beautiful garden…. though the garden is flourishing, my throat remains dry.

However, the release was not without its fair share of discomfort. As soon as it was released, the video was declared feudal, unsavoury and contrary to the politics that the lyrics stood for. It drew heavily on African symbolism which, apart from not being culturally related to Dalit, Bahujan (a Pali word that means “the many”), and Adivasi (indigenous tribe) aesthetics, felt gimmicky and forced. The video foregrounded Dhee and sidelined Arivu, almost relegating him to a prop meant to garner some woke tokens.

This was not a popular opinion, though. The song went on to become a resounding global success and gained phenomenal mileage. With 30 million views on YouTube, in less than two weeks, it was curated in 11 Spotify playlists, including 2 international ones, a first for a Tamil single.

Dhee soon landed the opportunity to remix the song with French Algerian record producer DJ Snake as a part of Spotify’s new global music singles. Prominent billboards in New York’s Times Square showcased the duo to the world as part of promotional campaigns for the streaming platform. Arivu was visibly missing. Whispers started brewing about the possible appropriation of heritage and more.

A few months down the line, Maajja (the music house behind the single) chose to launch Dhee and Shan Vincent De Paul, a singer with Jaffna Tamil roots from Canada, in their upcoming releases. This led to a cover and long-form interview with Rolling Stone India in August 2021. Arivu was absent again, despite the article focussing on two songs directly related to his art — Neeye Oli (written by Arivu) and Enjoy Enjaami (written and performed by Arivu).

Arivu was therefore again reduced to a footnote and effectively denied ownership of his labour. This time the outrage was more palpable. #WhereIsArivu started trending and social media imploded, questioning the exclusion. Pa. Ranjith (a celebrated Tamil film director with fiery Dalit and Bahujan perspectives) and others slammed this in strongly-worded tweets.

Whose story is being told by whom?

The central question that this incident raises is around the ethos of an industry that should be rooted in ethics that safeguard the interests of marginalised communities and their right to be present in art that hopes, aspirations and stories. When the art is borrowing its core from their unique lived experiences, marginalised folks should be allowed to shape the entire creative journey on their terms. What should have been Arivu’s story to tell, share and distribute, unfairly, became Dhee’s ticket for her foray into the international music scene.

It is important to remember also that Dhee and Arivu were not on an equal footing from the start, since Dhee is well established (her stepfather is Santhosh Narayanan, a well-known Tamil music composer), and has diaspora privilege. However, this is hardly the first time Dalit art and culture has been stolen and appropriated — Black musicians and artists have been treated the same way historically. Shalin Maria Lawrence, a writer and activist from the community summarises this in a deeply analytical thread:

Reactions were disappointing. Kiruba Munusami, a researcher and advocate practising at the Supreme Court Of India scathingly opines:

Dhee and Maajja maintained radio silence despite being complicit in the systematic erasure of Arivu and his contributions. Funnily enough, the production house was formulated by industry giants including A. R. Rahman, to amplify and represent disadvantaged musicians. Shan chose to not publicly stand up for his fellow performer.

Rolling Stone India then featured Arivu in their digital issue cover as a response to the widespread anger. While this satisfied some, sections of Arivu’s admirers and supporters stood steadfast in solidarity. Some emerged with their own versions of cover art, crafting Arivu in his elements. Multiple voices echo the need for Dalit and Bahujan artists to create their own platforms separate from the mainstream. Beyond enabling them to occupy space and thrive, this will also encourage storytelling centred on justice and equity and permanently challenge non-inclusive representation.

DISCLAIMER: Opinions expressed, if any, are solely personal and do not express the views or opinions of the author’s past or present employers.